Prescription for Ethics: An Antidote to the Worship of Scientific Learning 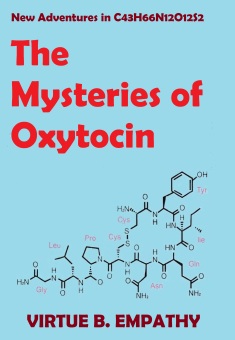 The university where I teach states its mission as “foster[ing] intellectual inquiry and critical thinking, preparing graduates who will serve as effective, ethical leaders and engaged citizens.” It’s a tall order, and I have read this statement to myself many times. I have also read it to my third and fourth year students and asked them to tell me whether they believe this mission to be an accurate representation of how the university engages them.

Most students would agree that university professors do spend a good deal of time teaching critical thinking skills. But students also don’t mind telling me that there isn’t much a professor can do to influence their ability to become ethical leaders. “Morals are instilled at an early age,” the students will say, “the university might change you a little, but things are pretty much set by your family or religion.” One student suggested that exposure to a diverse student body and classmates who come from different backgrounds and who share different perspectives on life was enough to help him develop understanding, acceptance, or at least tolerance of others.

Beyond these suggestions for learning ethical leadership, I find that students struggle with open discussion about ethical issues in the classroom. When it comes to presenting such discussions, I’m afraid that many teachers, myself included, as well as students, find there are certain ethical issues they prefer to avoid. It would seem much easier to concentrate on skills learning or teaching the scientific method and leave ethics or morality to the church, synagogue, mosque, and ultimately to the student’s conscience.

But what happens when a teacher separates exposure to ethical standards from scientific learning, concentrating mainly on imparting the scientific method? In my experience and from class observation, this modern concentration on science and technology has resulted in the perception, among many religious fundamentalists or anti-intellectuals, that the university creates a class of Godless “humanists” or “cultural elites” who substitute science for religion. Regardless of how one feels about universities being safe havens for cultural elites, the religious fundamentalist or anti-intellectual does raise an important question: can a set of skills or scientific methods substitute for religion or at least a moral code?

Within the scientific laboratory, this might hold true. Respecting and following a well-established and prescribed set of methods or procedures could be considered a type of morality, and even an artist who spends his or her career perfecting a process that produces valued work could be thought of as a practicing ethicist in some sense. But both scientist and artist find quickly that outside the laboratory or studio, scientific and artistic experimentation is unwelcome. One generally learns science by repeating established scientific experiments in a controlled environment and building on the work of those who laid a foundation. But experimenting in any medium—be it chemistry, physics, or morals—in an uncontrolled environment welcomes only disaster and chaos.

When it comes to developing a personal ethics, the university student should not be encouraged to test moral axioms in the real world. A student does not need to plagiarize a paper and be subject to the school’s code of conduct to learn the meaning of “Thou Shalt Not Steal.” Nor does the student need to involve himself in an affair with his best friend’s girl to test the maxim “Thou Shalt Not Covet Thy Neighbor’s Wife?” And surely no sane professor would recommend that a student murder his roommate to understand the full force of the commandment “Thou Shalt Not Kill.”

Most would agree that teachers, universities, and civil societies are not interested in allowing or encouraging experimentation at this level. But is standing before a classroom and admonishing students for bad behavior or punishing them by enforcing the university’s Code of Conduct enough to build upon a person’s ethics? Most cognitive psychologists say no, and research in this field suggests that learning from punishment is the lowest form of moral development, leading to avoidance rather than principled behavior based on personal choice. So if punishment is not the way, how does a teacher advance and instill a principled ethics alongside a set of technical skills?

As a teacher of writing and composition, my answer is to expose students to stories and ask questions about the moral issues relevant to those stories. Along with having students learn the mechanics of writing, an English class should involve having students read and listen to stories that can trace the repercussions of questionable decision making. Nonfiction and fiction stories have long served as the reflective waters for real-life ethical failures and corrections. Stories provide a safe place where people can reflect on what happens when social and moral codes break down.

In fact, recent scientific investigations provide an explanation for why reading, listening, watching, and reflecting on stories might be an essential part of developing human empathy and, by extension, ethics. Dr. Paul D. Zak of the Center for Neuroeconomic Studies has demonstrated that when people listen to stories, they release more of the hormone oxytocin, a neurochemical especially evident in the early stages of mother-child bonding. And as both adult males and females have been shown to produce this hormone when listening to engaging narratives, what better way to strengthen social bonds in our culture than listen to examples from those who have already made mistakes rather than by having students make their own?

Nonfiction and fiction stories have long served as the reflective waters for real-life ethical failures and corrections.

Admittedly, moral lessons, or any lessons for that matter, are learned much better when they are experienced personally and learners gain a visceral connection to the consequences of their actions. But the college teacher can only hope that students have already had some real-life experiences where poor moral decision making has resulted in pangs of conscience. Hopefully, by the college years, many of the worst of those experiences can be put to rest. Building off students’ personal pasts, teachers should encourage their charges to use their imaginations and extrapolate how they might feel about moral failures of greater degree, suggesting that certain behaviors, when practiced in the real world, are clearly more desirable than others.

Outside of learning from past ethical failures, family and religious institutions, or a teacher’s direction, the best teachers of ethics may be libraries, be those book, movie, or music libraries. Such resources are full of moral lessons, not only about stealing, coveting, and killing but lessons about colonialism, sexism, racism, and totalitarianism as well. While teachers have a responsibility to teach marketable skills, they also have a responsibility to expose students to these issues, introducing texts that attempt to tackle modern moral dilemmas head on, or making old texts fresh by reading them as metaphors for modern times.

In doing so, a teacher engages students’ imaginations, forcing them to anticipate the consequences of their actions. The students begin to understand more deeply how even the best intentions can be met with bad results, or how the worst intentions might oddly have fortunate outcomes. Tackling this conundrum in the classroom can take students even further toward developing a set of principles, forcing them to ask, “Is morality a question of my conscious intent, or do I deserve credit for the consequences of my actions when I never considered my actions or their consequences in the first place?”

As a teacher, my hope is that students will entertain such questions in our classroom and find conscionable ways to apply their answers, both during their time at the university and when they move on to begin their lives as professionals.